On the heels of last year’s “NSF1” Jeep Wrangler, built to benefit the Navy Seal Foundation, The AAM Group™ is hard at work on the “Freedom Ford,” a 2016 Ford F-150 wrapped in a custom black digital camo blended with an American flag graphic. Boasting 35” tires and a 7” lift, the Freedom Ford is an imposing presence and a patriotic tribute to the hard-earned liberty we enjoy in the United States thanks to the vigilance and sacrifices of our most courageous citizens.

See It in Person

Also known as “Freedom 1,” the Freedom Ford is being outfitted by many of the biggest names in the truck aftermarket—headlined by primary sponsor Lund International. It will be exhibited at Lund International’s #SU02 booth at this year’s SEMA Show.

Freedom Ford Is a Go! 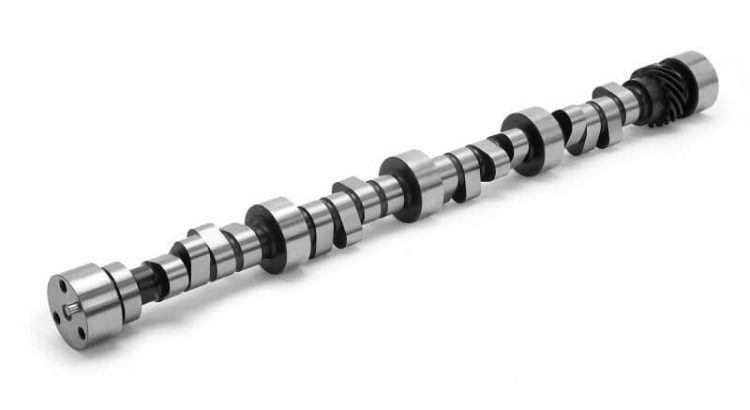 Have you resisted switching to EFI because you like the traditional look of a carburetor? Do you have a GM 4L60/80E transmission in your hotrod? Stop worrying! Holley’s recently released Terminator Stealth throttle body fuel injection system gives you all of the benefits of EFI with the traditional carburetor look you love.

The 550-443 Terminator Stealth EFI system possesses the same great self-tuning features of Holley’s original Terminator EFI in a stealthy new configuration. Holley has made this new system easy to install, with no computer experience required and an included hand-held tuner with multiple-choice setup wizard to get you up and running quickly. Even better, the system self-tunes while you drive, and you can upgrade to complete laptop control without buying another ECU. Available in Polished and Hard Core Gray finishes. 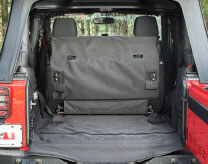 A versatile Jeep deserves versatile accessories. New from Rugged Ridge is the Configurable Cargo Cover (C3) for Jeep Wrangler JK (2007–2016 2D without subwoofer). The patent-pending 13260.03 offers complete protection for the rear cargo area of your Jeep, protecting carpet and plastic trim from damage, scratches, pet claws, dirt, and other debris. This custom-made, functional accessory also creates a resting space for your pet on long trips.

The C3 Cargo Cover is compatible with rear fold and tumble seats, with a water-resistant, flip-out cover flap to keep dirt from falling into the rear tailgate door gap and an integrated front curtain wall to keep items/pets from entering the front seat area. This product’s unique side retention system ensures that the cover stays in place as you load and unload. Easily installed and removed, Rugged Ridge’s C3 Cargo Cover gives you protection when and where you need it.

If you’re looking for smoother, quieter towing for your home away from home, the A20 5th wheel hitch from CURT combines the company’s patented A-series technology with an easier mounting system and the power of a 20K 5th wheel hitch.

A carbide black powdercoat and CURT’s limited lifetime warranty gives you peace of mind against wear, rust, and other towing enemies.

Note: This A20 head unit is a replacement head only. It requires 5th wheel legs or a 5th wheel roller to be installed—components not included in this package.

September 2, 2016 (JOHNSON CITY, Tenn.) — The AAM Group™, the largest program distribution group in the SEMA marketplace, has named Marketing and Merchandising Specialist Donnie Hurt as the organization’s 2016 Employee of the Year and recipient of the W.O.W. Award. Hurt, who transitioned to AAM’s marketing team last year from PerformanceParts.com, has quickly become an integral part of AAM’s expanded suite of services, notably as email marketing lead and architect of the AAM Sign Shop™, which provides deeply discounted signage and display elements to program retailers and installers.

Given annually to the AAM Group™ employee who best exemplifies the qualities of commitment, creativity, initiative, and resourcefulness, the W.O.W. Award is named after Wilbur and Orville Wright, who embodied many of those same traits in their dogged pursuit to realize the world’s first successful controlled airplane flight.

“We are very pleased to have given this well-deserved honor to Donnie,” said AAM President Tim Odom. “He has embraced every responsibility he’s been given and not just done them well, but also meaningfully contributed to making the resources and services in which he is involved better. He well represents AAM’s team spirit, drive for excellence, and commitment to meeting the needs of our stakeholders. In the past year Donnie’s contributions have made AAM a better organization.”